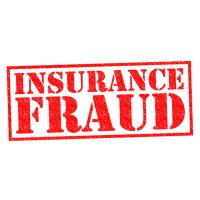 The insurance industry is rife with fraud. After a natural disaster, homeowners may file fraudulent insurance claims in order to get money. Individuals and companies may also engage in fraud by promising money and other benefits to homeowners.

A Florida man is facing criminal charges after impersonating a licensed insurance adjuster. The 33-year-old man was arrested on April 12 and is currently in Miami-Dade County Jail. He has been charged with six felony counts of impersonating a public adjuster.

The Florida Department of Financial Services has accused the man of promising homeowners free roofs and kitchens to be paid for by insurance companies. In April and May 2020, while the man was working for Adjusting Experts Inc., he solicited Habitat for Humanity homeowners and coerced them into signing assignment-of-benefits agreements. He also convinced numerous homeowners to sign contingency fee agreements for Strems Law Firm, located in Coral Gables. In all, 32 claims were filed on 18 Security First Insurance policies. All claimed damage from Hurricane Irma.

This man’s arrest marks the second time this year that the Department of Financial Services has taken action against a claims adjuster. In March, the agency filed an administrative complaint against an all-lines adjuster in Miami for stonewalling insurance companies’ appraisers and adjusters.

Strems Law Firm is infamous in the Florida property insurance community. Scot Strems was suspended from practice in 2020 after filing thousands of unnecessary lawsuits, many for the same insurance claim. The law firm also regularly used unlicensed adjusters. It has since been shut down.

If convicted, the man could face up to five years in prison. House Bill 749 has been passed by the Florida Legislature but has not yet been signed by Gov. Ron DeSantis. If the bill had been signed, it would have doubled financial penalties for licensed and unlicensed adjusters who violate the law during states of emergency. Fines would have been raised to $20,000.

What is Insurance Fraud?

Fraud occurs when someone knowingly lies to obtain money or other benefits. Insurance fraud encompasses the following:

Keep in mind that an act and intent are all that are needed to show proof of insurance fraud. No losses need to be proven.

Insurance adjusters work with money and therefore require a valid license. Those working without a license can face serious criminal charges.

Insurance adjusters must carry out their duties in an ethical manner. A Tampa insurance adjusters licensing lawyer from The Law Offices of David P. Rankin, P.A. can help you with your licensing matters. Schedule a consultation with our office today. Fill out the online form or call (813) 968-6633.