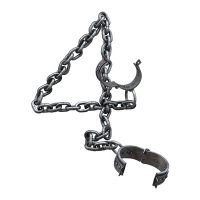 When we visit the dentist, we expect that we will be treated with professionalism. Many patients, particularly women, did not have that experience with a Florida dentist. He is facing various license restrictions after getting into trouble with the law on multiple occasions.

The Pensacola dentist is under fire after getting arrested for the fourth time in just over two months. The man’s most recent encounter with the law was at the end of July. The 65-year-old man was arrested and booked into the Escambia County Jail for a charge of battery. He was later released after posting a $25,000 bond.

This was not his first encounter with the law. The Florida Department of Health had already filed an emergency suspension order on his license. That order prohibits him from practicing dentistry on female patients. Multiple victims have come forward to the media to speak about the dentist and their alleged experiences with him. They alleged the dentist inappropriately touched them.

The Department of Health took action earlier this year after it was discovered that the dentist violated the trust of many patients. The agency feared he would do it again if no action was taken. The dentist has a history of criminal cases, license discipline and civil settlements, all which the  Department of Health reviewed before making its decision. The dentist’s practice is still open for the time being under emergency restriction/active status. However, the dentist can only treat male patients.

Some patients have been waiting a long time for the dentist to be disciplined. One woman accused the man of battery back in 2003. The dentist was prosecuted for those charges but was acquitted.

The dentist has a history of increasingly predatory and sexually aggressive behavior. Based upon the allegations, he used his position as a dentist to sexually violate patients. His actions were proof that the dentist posed a significant danger to the woman he treated as his patients. Even employees were afraid to confront him, calling him “intimidating” and “scary.”

Despite knowing how his employees feel about him, the dentist has continued to act inappropriately. He is now facing multiple battery charges and has pled not guilty to all of them. While the dentist is allowed to appeal this emergency restriction, the Florida Department of Health is pursuing discipline which includes revocation of the dentist’s license.

Florida residents rely on their dentists to provide them with the best dental care possible. When a dentist is focusing on other activities, such as having sex with patients, the Florida Department of Health, very quickly after it receives credible allegations, will take action to have a summary restriction on the dentist’s license and, in the long term, take action which will likely result in the revocation of the dentist’s license.

A Tampa dentistry license lawyer from The Law Offices of David P. Rankin, P.A. can advocate on your behalf and assist you in resolving issues relating to your license so you can focus on maintaining your practice. Call (813) 968-6633 or fill out the online form to schedule a consultation.