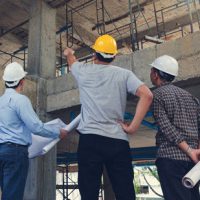 On June 24, people all over the country were shocked to hear of the Champlain Towers South suddenly collapsing. A portion of this 12-story condominium in Surfside, just outside Miami, collapsed, killing 97 people. Eleven others were injured.

The most shocking part, however, was the fact that the collapse could have been prevented. Just nine months before the deadly collapse, Morabito Consultants, an engineering firm, found “severely deteriorated” concrete in multiple areas of the building. The firm had found some deterioration just two years earlier, and the problems appeared even worse when the firm assessed the condo again between June and October 2020.

Morabito Consultants, which was hired by the Surfside condo association board, is based in Maryland. The firm is widely respected after it helped prevent a Florida condo collapse a decade ago.

However, there are ethical concerns over the firm’s actions. Licensed professional engineers have a moral and ethical responsibility to report any safety issues they encounter to officials and others who can take immediate action. It is believed that Morabito Consultants did not do the ethical thing and warn the residents and leaders of Champlain Towers South about its findings in 2020.

Surfside town officials were given a report in 2018, but nothing was done. In 2020, though, Morabito Consultants returned and used “exploratory demolition” to conduct a more extensive inspection. It was discovered that part of the condo’s load-bearing foundation might be compromised. The firm did send the condo board a memo in October 2020 stating that parts of deteriorated concrete penetrated deep into wall/corbel construction.

Morabito Consultants also sent the Surfside condo association a report in October 2018, stating that there were problems throughout the building and that repairs were necessary for public safety. However, with the 2020 report, the firm’s spokesperson declined to say whether or not they alerted anyone that the condo should be repaired immediately. In fact, the Champlain Towers South Condominium Association was not aware that there was risk of imminent collapse or mandatory evacuation. In addition, Surfside town officials were not given any warning from Morabito Consultants after completing the inspection in 2020.

In any case, it is still unclear whether the structural problems identified by Morabito Consultants in 2018 or 2020 caused the condo to collapse. The search and rescue operation in Surfside has ceased and now the focus will be on determining what caused the collapse and whether or not it could have been prevented.

Professional engineers must be ethical when building structures for the public. They must also alert officials if they come across safety issues. Had there been proper communication about the condo’s structural issues, the collapse and subsequent fatalities could have been prevented.