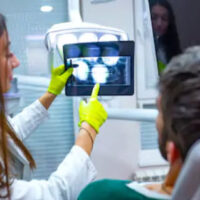 There’s a huge market for prescription medications. Many people pay big bucks to get their hands on highly addictive pain relievers such as oxycodone and hydrocodone. Because of this, those who have access to these drugs often try to sell them for a lot of money. For example, pharmacists, medical professionals and dentists often sell fake prescriptions. This practice, however, is illegal and can lead to license suspension, fines and other penalties.

A dentist in Kentucky had his license suspended by the state board after illegally prescribing prescription drugs to patients. On September 21, 2020, the 48-year-old dentist was served with a Notice of Immediate Temporary Suspension (ITS). He was not allowed to practice dentistry during the suspension.

However, the dentist continued to prescribe controlled substances and see patients. While on suspension, he prescribed more than 175 oxycodone pills and approximately 625 hydrocodone pills.

The dentist has been charged by federal criminal complaint. He is facing charges of prescribing oxycodone and hydrocodone in violation of Title 21, United States Code, Section 841. He faces 20 years in prison, three years of supervised release and a $250,000 fine.

There are several ways in which a prescription can be prescribed or dispensed illegally. They include:

Dentists have a duty to give patients the best care possible. Prescribing medications for non-dental purposes is a serious issue that can impact one’s license.

If you are facing license suspension and other administrative issues, Tampa dentistry license lawyer David P. Rankin can help. He can help you get a favorable outcome and even help you keep your practice. Schedule a consultation today by calling (813) 968-6633 or filling out the online form.