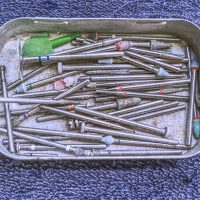 Nobody likes being inside a dirty home or business, and filth can be looked at very negatively if it happens inside a medical facility. This is the case for a dentist who failed basic infection control protocols.

The Iowa dentist has had his license revoked due to unsanitary conditions. The man is going to court to challenge those claims and get his license back.

The dentist received his license from the state board in 1988. Since then, he has been the subject of many complaints by patients. In August 2018, the dentist agreed to a settlement that would place his license in probationary status for five years. Restrictions were put in place to ensure the dentist corrected known issues with the way he treated patients for periodontal disease.

In December 2020, the monitor found the dentist’s office unsafe to practice dentistry. He addressed numerous violations in a report to the state board. The dentist also failed to comply with the terms of his probation, causing his license to be suspended in January 2021. The suspension order charged the dentist with several issues, including failure to maintain safe and sanitary conditions, retaliation against patients for filing complaints, and not complying with board orders.

The state board has received a number of complaints against the dentist since 1988. Three complaints were received between November 2019 and September 2020—during the dentist’s probationary period.

The board also received 13 of the dentist’s patient records. Twelve failed to meet the minimum dental record‐keeping requirements. One patient was charged for X-rays that were never performed, while another had two teeth extracted without proper evidence.

Cleanliness was an issue with the dentist. His dental instruments were not properly sterilized. The office was filthy, with the floors, floorboards, and sterilization area needing to be cleaned. There was also no safe disposal for needles and syringes.

A hearing on the matter showed sufficient evidence to revoke the dentist’s license for a period of two years. The dentist has filed a petition to have the revocation reconsidered. The state board has yet to respond.

Dentists are essentially tooth doctors and since they work in the medical field, hygiene is of extreme importance. Unsanitary conditions can lead to bacteria and serious illnesses.

Facing disciplinary action against your dentist license? If so, seek legal help from Tampa dentistry license lawyer David P. Rankin. With more than 30 years of experience, I am skilled in helping dentists address licensing issues in the most efficient manner possible. Schedule a consultation today by calling (813) 968-6633 or filling out the online form.