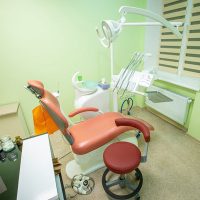 Prescription drugs are often overprescribed by doctors and dentists. Narcotics and opioids are often given to patients to help with severe or chronic pain. But when a patient does not take these pills properly, they can lead to overdoses and even death. For the prescribing doctor or dentist, the result could be license suspension.

This is what a Kentucky dentist is facing. The man’s license has been suspended as police investigate his alleged drug distribution to a patient, causing the person to die.

The dentist is facing federal charges for drug distribution for prescribing pills outside the scope of professional practice. During the month of August 2020, the dentist gave a patient 48 morphine sulfate pills and 60 oxycodone pills. These medications were not for a legitimate purpose.

The Kentucky Board of Dentistry is investigating the incident. The man, who owns Northern Kentucky Dental Center, has been practicing dentistry for more than 30 years. His license has been temporarily suspended during the investigation.

Why is Overprescribing Common?

Overprescribing is a complex issue. Each patient’s needs are unique. Medications, dosages, and effects vary from person to person. An over prescription for one patient could be an under prescription for another or be just the right amount for someone else.

Plus, doctors and dentists have become incredibly lax when it comes to prescribing drugs, despite knowing the dangers of overdosing. This is likely because Americans don’t like to experience discomfort. Many are quick to take medication to relieve their pain. This has led to an over prescription of drugs, which is leading to overdoses and deaths.

Any drug can be overprescribed and cause dangerous medical issues, but the most commonly prescribed drugs are opioids, stimulants, and benzodiazepines. Opioids are often used for short-term pain, but they are highly addictive. A person can build a tolerance for them quickly, making them very dangerous.

Benzodiazepines such as  Xanax and Valium are commonly used for anxiety, since they act as tranquilizers. Often used by college students, they can be highly addictive.

Stimulants such as Ritalin and Adderall are commonly misused by high school and college students. They tend to use these drugs to focus on a class or stay up late and study for an exam.

A dentist appointment should never result in death. When a patient dies due to a dentist’s negligence, the dentist can face serious penalties, including license loss.

Contact a Tampa dentistry license lawyer from The Law Offices of David P. Rankin, P.A. to discuss your professional licensing or disciplinary matter. Schedule a consultation by calling (813) 968-6633 or filling out the online form.