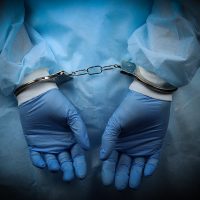 Prescription drug use is an issue that affects many people in Florida and other parts of the country. Even medical professionals become addicted to prescription drugs, which may seem surprising but many doctors, nurses, and dentists are able to easily access these medications due to their job.

A dentist from Oregon has lost his license and pled guilty to drug possession and distribution. The 43-year-old man from West Linn used his position as a dentist to gain access to testosterone, anabolic steroids, Xanax, and other prescription drugs over a four-year period. On top of drug charges, the dentist has another criminal case pending in federal court. He allegedly fraudulently obtained $8 million in small business loans during the coronavirus pandemic.

Under the plea deal, the man’s lawyer as well as the assistant U.S. attorney plan to recommend that the dentist serve one year in custody, with hopes that the sentence will run concurrently to the sentence he could possibly face in the COVID-19 loan case.

The dentist is currently in custody. When he recently appeared in court, he claimed that he understood the terms of the plea agreement. He is also taking medication for depression.

The dentist’s license has been suspended since 2020. On July 22, 2020, the state board of dentistry received a tip that the man was ordering large quantities of drugs from various retailers for personal use and sale. According to the investigation, the man was also practicing dentistry while he was under the influence of a controlled substance. He was not prescribed that drug.

Between March 2016 and January 2020, the dentist ordered 23 different medications from Seacoast Medical, a pharmaceutical company. The drugs included hundreds of vials of testosterone, thousands of doses of anabolic steroids, and more than 3,000 tablets of Xanax. There was no need to order these medications for the man’s dental practice.

On August 5, 2020, investigators searched his home and office and found multiple bottles of controlled substances. The dentist admitted to using diazepam without a prescription and selling steroids. That same day, he voluntarily surrendered his license that allowed him to prescribe controlled substances. Two days later, the state board issued an emergency suspension of the man’s dentistry licenses.

As part of the plea deal, the man agreed to forfeit any property obtained due to drug distribution. This included a Maserati sports car. His sentencing date has been set for October 13.

Dentists and other licensed professionals need to act in an appropriate manner at all times. Distributing drugs is unethical and illegal.

A Tampa dentistry license lawyer from The Law Offices of David P. Rankin, P.A. can assist you with any administrative issues you may face. I can serve as your advocate and help you keep your license. Schedule a consultation today by calling (813) 968-6633 or filling out the online form.