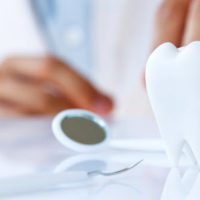 Licensed professionals often get a bad rap. Doctors, dentists, psychologists and physical therapists deal with the human body, and in far too many cases, patients often make false claims against those in these professions. Sometimes these professionals have their licenses suspended unnecessarily, causing them emotional distress and financial hardship.

A dentist in Pennsylvania recently had his license suspended due to rape and kidnapping charges that were proven to be false. The Pennsylvania dentist first faced charges in March 2017 after a situation in October 2016 where the dentist performed a procedure on a female patient and then drove her home afterward.

The woman told police that the dentist had forced himself onto her. He was charged with rape and kidnapping. As a result of this allegation, the man’s license was temporarily suspended.

The dentist went to court in early July to defend himself. The defense admitted that there was a sexual encounter that took place between the dentist and the patient. However, it was proven that the sexual encounter was consensual and that the woman had lied about the incident for financial gain.

After nine hours of deliberations, the man was acquitted of all criminal charges by a jury on July 12. It is unknown if and when his dentistry license will be reinstated.

The Impact of False Allegations

Even when the allegations against a licensed professional are false, they can still negatively impact a person’s career. Allegations of inappropriate behavior by a health care professional, whether true or not, are often plastered across newspapers, magazines and newscasts. Even though the accused are innocent until proven guilty, we often draw our own conclusions before the trial even begins. We often presume guilt even if the individual is actually innocent. The public does not always consider the possibility of false allegations.

An accusation, whether false or not, can impact a professional’s job security. Once allegations are made, the person is often removed from job duties. Some are placed on administrative leave that may be paid or unpaid. A person’s contract could even be terminated.

The social stigma involved can seriously harm one’s reputation. A professional may lose the confidence they once had. They may even be shunned by the community, making employment next to impossible. This can affect one’s personal life as well. Such an allegation can disrupt one’s family and cause embarrassment on multiple levels. The professional can also lose their home. The best course of action is to try to avoid situations where these allegations can arise, but that is not always possible given that anyone can make a false claim.

Keep Your License with Help From a Tampa Dentistry License Lawyer

Sometimes patients stretch the truth in order to receive compensation from licensed professionals. Dentists are no exception. A well-meaning dentist may be sued by someone looking to take advantage of a situation.

If you are a Florida dentist who is facing license loss for a crime you did not commit, seek legal help to protect your license. David P. Rankin has 30 years of experience representing dentists and other licensed professionals. Schedule a consultation today by calling (813) 968-6633 or filling out the online form.