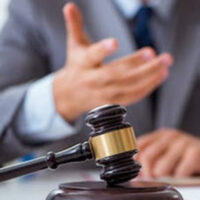 Accountants work with money and, as such, they face ethical issues on a regular basis. Many clients may want them to fudge numbers and do other unethical things so they can pay less in taxes. This is considered fraud and it is illegal. A CPA convicted of fraud can face a variety of penalties, including jail time and license loss.

In January, a CPA in Wisconsin was found guilty of conspiring against the United States. The 58-year-old man’s sentencing was recently held on Zoom after delays from the coronavirus. A federal judge sentenced the man to three months in prison as well as three years of supervision upon his release.

The accountant was convicted of helping Sonag Co. Inc., a concrete contractor, defraud millions of dollars from government programs. The money from these programs was meant to help disabled and minority contractors. The owner of Sonag had formed fake companies to keep taking unlawful advantage of the programs. Since the 1990s, the man had been a CPA for Sonag, which has since shut down due to a federal indictment.

The judge was baffled that a person with so many good references had to be sentenced for a crime. The accountant boasted a whopping 108 pages of character references. His family, friends, co-workers and clients all spoke positively about his kindness, generosity and empathy. Despite the man’s good qualities, though, the U.S attorney has recommended he spend five years in prison. This was because the accountant abused the trust of his CPA credentials by helping hide fraud, which ultimately prevented legitimate minority businesses from receiving much-needed government funding.

However, the judge speculated that the CPA developed tunnel vision while performing accounting duties for the contractor. He allegedly primarily focused on the smaller details of accounting and ignored the broader issue with how his client was conducting business. However, some have called the CPA a  trusted business adviser who knew what was going on all the time. He was able to help the contractor obtain $260 million worth of government contracts.

The contractor pled guilty in the case. In December, he was sentenced to more than six years in prison.

While the concrete contractor used his fraudulent money to live an extravagant lifestyle, the accountant lived a more modest lifestyle. He drives a 2008 Pontiac and lives in a modest home. His net worth is under $1 million. His firm earned about $600,000 in fees while working for the contractor between 2004 and 2016—the period of time in which the fraud scheme was going on.

CPAs often face ethical issues in their daily work. They need to make sure they avoid fraud and other issues that can cause them to lose their license.

Is your CPA license on the line? If so, seek legal help from Tampa certified public accountant licensing lawyer David P. Rankin. He has decades of experience helping licensed professionals with administrative actions. To schedule a consultation, fill out the online form or call (813) 968-6633.