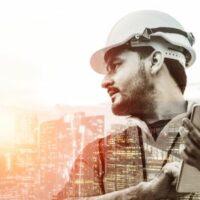 Water penetration and corrosion of the reinforcing steel have been cited as the possible reasons for the collapse. These issues were noted in 2018 and nothing had been done to fix the issues.

Now civil engineers are facing an ethical issue: leave the building as is and keep on with rescue efforts or demolish the rest of the building before Tropical Storm Elsa does and causes even more damage and death.

It’s a tough decision. Family members of those who are still missing want the rescue efforts to continue in hopes of finding their loved ones. Once the entire building is demolished, the chances of finding anyone alive decrease dramatically, as the pile of rubble will only get bigger.

At this time, rescue efforts have ceased as demolition crews prepare to demolish the condo building. Dr. Fred Bloetscher, an engineering professor at Florida Atlantic University, believes this is the right decision. The priority should be to get the building fixed, and that means taking the entire thing down. There’s a lot of risk involved if the rest of the building were to come down in the area where crews are performing search and rescue efforts. That could be a dangerous and even fatal situation. Not only that, but it would also delay rescue efforts.

Right now, the building is getting prepped for demolition. This includes drilling into columns in the unsafe part of the building. Once any piles of rubble are safe to access, search and rescue efforts will restart.

This is the second time that search and rescue efforts have been paused. They first paused on July 1 for 15 hours after concrete in the building moved more than 6 inches. This movement, combined with the approaching tropical storm, are signs that the remaining portions of the building need to come down soon.

However, the demolition needs to be done in the best way possible. There needs to be a lot of careful planning involved. So far, the plan is to level the building without affecting the debris already on the ground. This will make the search and rescue effort easier once it resumes.

The survivors and families of victims have been notified about the demolition. Originally, the plan was to schedule the demolition for the coming weeks. However, with the tropical storm heading toward Florida in the next few days, the process needs to be done sooner rather than later for the safety of the residents.

Professional engineers often have to make hard decisions about the state of their buildings, especially when conditions could cause a deadly situation. The wrong decision could cause destruction and impact one’s career.