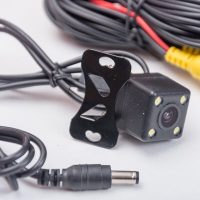 Licensed professionals need to follow the laws and ensure they employ ethics in their everyday professional lives. Unfortunately, they often cross the line when it comes to patient-provider relationships. As a result, they may face license loss and other penalties.

A child psychologist from Texas was arrested for indecency with a child over the summer. He was arrested on August 24 and released on $125,000 bond the following day after being charged with child sex abuse. He was recently arrested again for violating a protection order in connection with that first arrest.

On November 8, the 43-year-old man was arrested after violating the order in October. He was released on $5,000 bond the following day.

On October 13, witnesses saw the psychologist in the parking lot of the school where the victim attends. Witnesses captured him on cell phone video. One witness claimed that the man seemed afraid when he realized the witness saw him. He was also seen near the vehicle of the victim’s mother. The victim is a 12-year-old girl.

The man was arrested after that incident and is now prohibited from being within 200 yards of the victim as well as the school she attends. In addition, he is not allowed to have contact with anyone under the age of 17.

The psychologist lives in an apartment near the victim’s home and often goes jogging when the school bus drives through the neighborhood. However, he does not make contact with anyone during the jogs.

The victim’s mother became suspicious of the man over the summer during an uncomfortable conversation with him. The man told her that he would be put in jail for life if police ever went to his work. That was when the mother searched her daughter’s room and found a hidden camera disguised as a USB charger.

The woman contacted the police. The man admitted to buying four hidden cameras and placing them in the girls’ bedroom. He also confessed to viewing those recordings in his office while touching himself sexually. He also told police he gave the girl a back massage and became physically aroused. He confessed that his actions and behaviors started in August.

The victim’s mother believes the man is a pedophile who is mentally ill and unstable. She is unsure of what he might do next.

The psychologist, who is the president and CEO of Texas Psychological & Consultation Services, has been practicing for 18 years. He specializes in counseling for adolescents.

Psychologists are tasked with helping patients through emotional and psychological issues. If they violate a law or ethical issue, they can face serious repercussions.

Avoid license loss with help from a Tampa psychologist licensing lawyer from The Law Offices of David P. Rankin, P.A. I’ll work quickly to defend you from the allegations and help you keep your license. Schedule a consultation today by filling out the online form or calling (813) 968-6633.