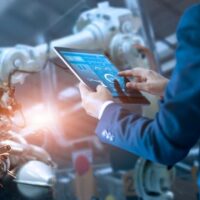 Professional engineers are also working to create autonomous devices, such as vehicles and weapons. Weapons in the form of robots are being used in wars to protect Americans. But are these creations ethical?

It’s not just in the United States. Militaries from all over the world are using what are called lethal autonomous weapons systems (LAWS). While these weapons may be built strong and have some degree of human intelligence, can they distinguish right from wrong and moral from immoral?

Not necessarily, which is why professional engineers need to take this into consideration when creating weapons, vehicles and any other products that rely on artificial intelligence. Can these devices be trusted to make complex decisions? If not, then professional engineers should be prepared to face the consequences (such as job loss, license loss and even criminal actions) for creating unethical weapons such as killer robots.

Those in the military have to think critically but quickly. They often have just a few seconds to make life or death decisions. Is this something that LAWS can do? If not, do we have to worry about these unethical robots?

Keep in mind that robotic warfare has its benefits. These robots have the ability to think accurately and quickly, with unrivaled speed and precision. Plus, humans often have to deal with trauma and fatigue. Robots are superior in this aspect, since they don’t have to deal with that. They are operating on machine thinking, which can be more consistent than human thinking.

A decade ago, the idea of killer robots was theoretical. However, things have changed. Artificial intelligence is rapidly advancing. While there are no limits when it comes to creating LAWS, dealing with the ethics aspect is a different story.

There are some guidelines in place. There must be “appropriate levels of human judgment” as well as “meaningful human control” involved. While these terms may be ambiguous, there is a benefit: this artificial intelligence will save lives.

It would not only remove soldiers from the battlefield, but also prevent deadly errors. Soldiers are prone to making mistakes when they are overloaded with stress and trauma. In any case, many countries and organizations are taking the time to learn more about artificial intelligence and encourage its responsible use.

Professional engineers have a lot to think about. They not only need to have the right skills to succeed at their job, but they need to consider morality and ethics as well.