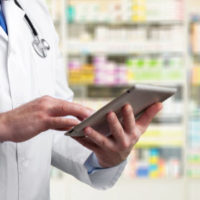 Pharmacists are often put in tempting positions. They dispense medications and are regularly exposed to strong medications. Many of these pain relievers are highly addictive and are in high demand. Some pharmacists keep these drugs for themselves or sell them for high dollar amounts. This illegal practice can cause pharmacists to put their lives on the line. They commonly face license loss or suspension for such acts.

This recently happened in Pennsylvania. A pharmacist is now facing a whopping 109 charges for illegally giving narcotics to another person over a five-year period. He is facing federal indictment and his license has been temporarily suspended.

The pharmacist is accused of dispensing oxycodone and Percocet to a man simply known as “J.R.” He allegedly conspired with a retired doctor to dispense the prescriptions.

The man identified as “J.R.” was found to be the pharmacist’s drug-addicted son. The pharmacist dispensed the drugs to his son in an effort to keep him away from illegal street drugs.

The pharmacist pled not guilty to the charges and plans to fight them in court. While the charges are pending in court, the Board of Pharmacy has the power to suspend licenses for 180 days or longer The judge is allowing attorneys to file motions until December 15. A hearing will be scheduled to determine if there is enough evidence to allow the suspension to be extended. No hearing dates have been set yet.

Ethics in the Pharmacy Field

Pharmacists handle many drugs on a daily basis and therefore must display professionalism at all times. They must understand that the health and well-being of their customers is their top priority. Many pharmacists base their decisions on profits. They may decide to use their license to sell prescription drugs and make money. This is a real temptation for many people, but most know how to deal with it. After all, their license is on the line. Getting a pharmacy license is an investment in time, money, school and training.

While the pharmacist in this case likely believed that dispensing painkillers was better than allowing this son to turn to drugs, this was done in an illegal manner. There are other ways to get a person to stop drug use, and getting a person addicted to prescription drugs was not the best option.

The pharmacist in this case abused the duties and responsibilities of his license. He did not engage in an ethical and professional manner and could face serious punishment for his actions.

Pharmacists have a duty to obey the laws and keep patients safe. When they abuse the power that their license gives them, they can face license suspension or revocation.

If you are a pharmacist facing administrative issues, don’t ignore them or handle them on your own. Protect your rights and your license with help from The Law Offices of David P. Rankin, P.A. David P. Rankin has spent 30 years helping Florida pharmacists and other licensed professionals handle administrative issues. Get started by filling out the online form or calling (813) 968-6633.